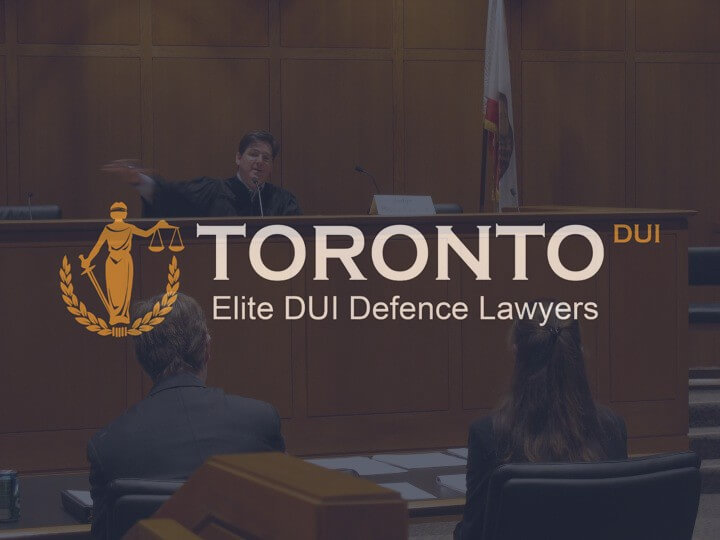 The Toronto, ON based Toronto DUI Lawyer is pleased to announce that they have launched a new section on their website providing the answers to many DUI-related questions. This informative section is intended to help anyone facing impaired driving charges find the answers to their concerns regarding DUI charges. “For those facing an impaired driving charge, it can be embarrassing to speak to friends or family. I fight to win every case, so providing this information helps reduce the anxiety and stress of their situation,” said a representative for the Toronto DUI Lawyer.

DUI offenses have constituted the bulk of criminal cases that are on trial in the courts in the Greater Toronto area or Ontario. The new section, called DUI Information, on the website provides various pieces of information mean to assist anyone overwhelmed by the numerous court proceedings involved and having to face police officers—especially if this is their first contact with the law.

The consequences of a DUI conviction are serious. If convicted, the person in question will sustain a permanent criminal record, as well as fines, possible suspension of their driver’s license, travel restrictions, loss of income, and perhaps even jail time. With the minimum of a first offence set at a $1,000 fine and a 12-month driving prohibition,being overwhelmed could be the least of their worries. For a second offence, 30 days jail time is part of the minimum sentence, along with a 24-month driving prohibition.

Most attorneys are not DUI experts, so seeking one with the appropriate experience to defend a charge is essential. Less experienced attorneys may not know what it will take to have faulty testing thrown out in an effort to prove innocence.

The firm advised first-time offenders to keep calm when they are pulled over under DUI laws, especially if they get a citation that they do not know how to handle. Not surprisingly, they may not want to ask for help from their families, friends, or colleagues, and some might even think that they should just keep quiet and take what they get, particularly on the first offence. However, the law is there to protect everyone, and fighting every offence is crucial. Taking the key step to consult with a Drinking & Driving Lawyer Toronto can seem daunting, but it is probably the best thing they can do for themselves.

Finding an attorney who can defend a client in every DUI/impaired driving charge is crucial. An attorney’s ability to do this comes with the experience of knowing each and every procedure and how to challenge them. It is the duty of the Crown to establish guilt, and the duty of the Toronto DUI Lawyer to ensure that, until proven guilty, everyone is entitled to the presumption of innocence.

Those who contact the Toronto DUI Lawyer are reassured that the firm has the required knowledge and expertise needed to present every DUI/impaired driving case at trial, helping ensure that clients receive a proper ruling and avoid any unnecessary DUI penalties. “We fight DUI charges on both a constitutional background and investigative lapses on the part of the prosecutors,” noted a company representative.

The Toronto DUI Lawyer was recently featured on Press Advantage, discussing the impact of a DUI conviction. “Aside from the obvious legal repercussions, which we will discuss in a moment, there is a certain social impact that being convicted of a DUI brings,” said the attorney addressing the subject. “Overcoming this social stigma can be difficult and even impossible in some cases.” Those who wish to learn more may read the feature here: Impaired Driving Defence Toronto.

A case of impairment due to drugs is rather complicated, however, and requires the professional opinion of a drug recognition expert. Proving someone is innocent of driving while impaired can be done, but it takes an aggressive defense—and that defense must begin the moment that the person has been accused of the act. By contacting the Toronto DUI Lawyer, clients can ensure that they have a firm who will fight every step of the way to prove them innocent.

Those interested in learning more about DUI charges, or who need an experienced attorney to represent them in a case involving a DUI charge, can reach the Toronto DUI Lawyer through their website. They may also contact the firm directly by phone or email to schedule a consultation.