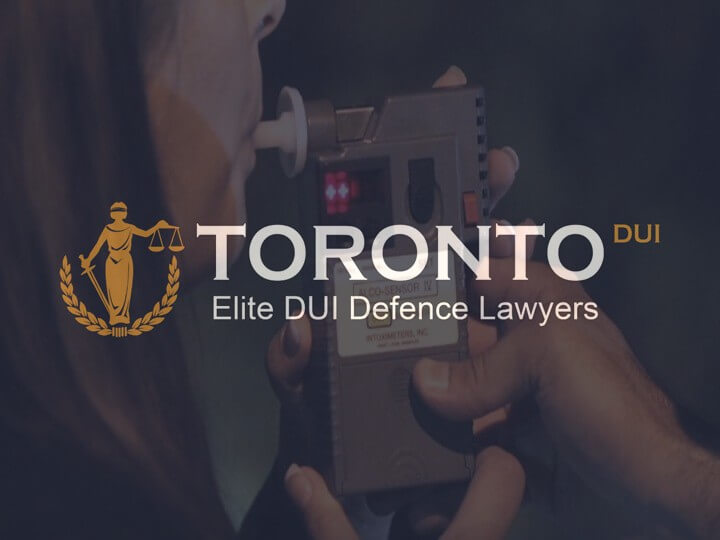 Toronto DUI Lawyer, a law firm in Toronto, Ontario, Canada, has announced that they are ready to provide an impaired driving lawyer to defend people who have been charged with impaired driving with blood alcohol concentration (BAC) of over 80 mg for 100 ml of blood. The firm boasts of the extensive experience of its lawyers to help those accused with over 80 DUI.

A spokesperson for Toronto DUI Lawyer says, “We aim to lead in each practice and area of law we work in. Coming from in-depth understanding of drunk driving laws and the DUI industry, capitalizing on extensive experience, we provide hands-on advice that speaks the language of our client’s. We never give up whether we are fighting an impaired driving charge, over 80mg charge, care and control or a multiple DUI offense.”

According to the law firm, the vital factors of establishing evidence for driving under the influence (DUI) are the time and date when the incident occurred, the jurisdiction of the courts, and the identity of the accused. According to 253(1)(a), a police officer can act if there is reasonable suspicion that a person is driving under the influence of either drugs and/or alcohol and is therefore impaired.

It should also be noted that when the charge is impairment due to drugs, it is a rather complicated case and therefore needs the professional advice of a drug recognition expert. First of all, it has to be proven that the BAC of the accused is more than 80 mg for 100 ml of blood. And the drawing of the blood sample has to be done in such a way that it follows a standard pattern. As such, the blood samples must be taken as soon as possible after the offence and should not be later than two hours after the incident. Also, there should be a 15 minute interval between subsequent samples obtained. As for breath samples, they must be gathered using a calibrated approved instrument by a certified technician whose evidence would be admissible in court.

The firm’s drinking and driving lawyer has successfully defended clients in such cases in all courthouses in Toronto. The firm’s investigators usually visit the location of the incident to gather information that could be used to counter the evidence presented by the prosecution. The defence lawyer will also be in court to cross examine the crown witnesses. Toronto DUI Lawyer will also depend on the Charter of Rights to build their case for the defence. The various strategies they have used have always been successful in the courts of Toronto.

The spokesperson points out that recently, there has been an increase in convictions for various types of DUI charges in Toronto courts. As a result, DUI charges have become the biggest single offence in Ontario. Also, drinking and driving cases are now more likely to be sent to trial compared to other criminal offences. Fortunately, those who need a lawyer can go to the Toronto DUI Lawyer firm. The firm’s lawyers have several years of experience in successfully defending their clients who were accused of DUI.

The reason why DUI cases are often brought to trial is that they are often argued based on highly technical grounds based primarily on whether the police violated Sections 8, 9 or 10(b) of the Charter of Rights and Freedom.

Those who need more information or would like to consult with a drunk driving lawyercan visit their website of call them by phone.