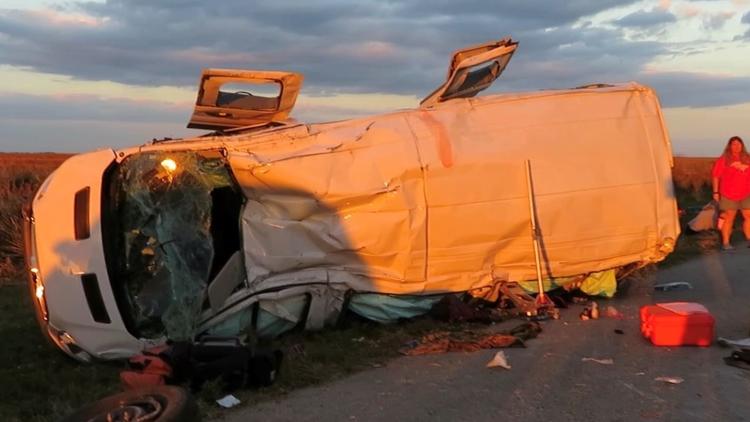 A man who had reportedly won a massive payout in a Powerball drawing was seriously injured in the Alligator Alley crash that killed a young woman from Minnesota. The crash took place earlier this week when a pickup collided with a van along the Interstate 75 stretch known as Alligator Alley in western Broward County. Lauren Vanreese of Andover, Minnesota was the victim who did not survive the crash and was confirmed by family members as aged 18. Florida Highway Patrol also stated that all of the injured victims were from Minnesota.

Another passenger in the van was Paul White aged 49, who got seriously injured and was reportedly a winner of $150 million share of a Powerball drawing in 2013. The crash that took place on Tuesday at 5:34 p.m. near Mile Marker 41 on the eastbound side of the highway and that is when both the vehicles heading east collided. NisbanySuritGarcias, of Fort Myers, the driver of the pickup had a blood alcohol level of 0.182, which is twice the legal limit and was arrested. He would be facing multiple charges and not just the over 80 charge criminal code.

The occupants of the van who had survived the crash told the investigators that they saw Garcias crawling out of his pickup and gathered the “items in the median that had come from his vehicle in the rollover,” as per the arrest report. The van was carrying 15 occupants and all of the occupants were rescued by crews from Boward, Miami-Dade and Palm Beach counties.