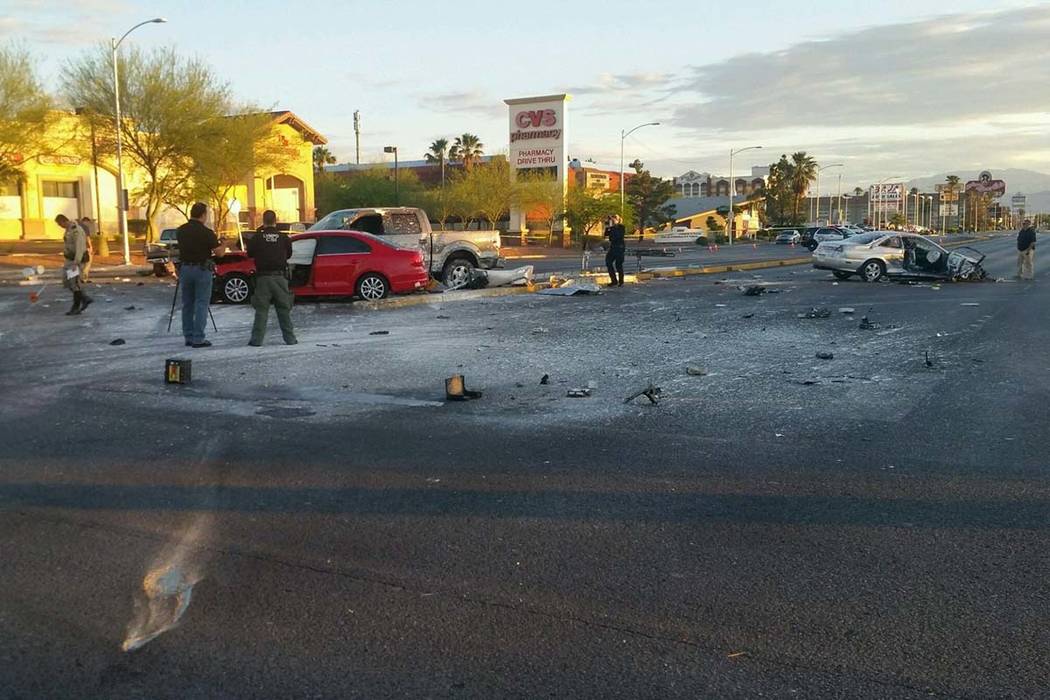 Santiago Herrera-Geraldo, 23, is being held without bond at the Clark County Detention Center.

At 2:55 a.m. Sunday, four vehicles collided in the intersection of West Charleston and South Decatur boulevards. The crash sent six others to local hospitals with minor injuries and shut down the busy central Las Vegas Valley intersection for hours.

Jose Castillo, a passenger riding in Herrera-Geraldo’s gray Honda Accord, was hospitalized in critical condition.

The hourslong investigation revealed that the crash happened when the Honda struck the right side of a Toyota Tacoma, which was traveling north on Decatur. The impact caused both vehicles to rotate, sending the Honda into a Volkswagen Jetta and the Toyota into the front of a Ford F150 stopped in the left turn lane on Decatur. Police said the Volkswagen also struck the Ford as it was coming to a stop.