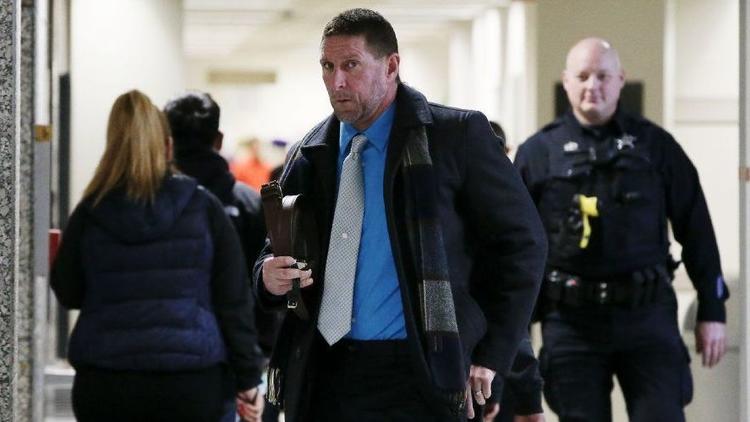 Christopher Clingingsmith, aged 52, has been charged with violating the terms of his bond in a pending DUI case as he was driving on a revoked license and possessed a fake ID in a hit and run crash, according to prosecutors. Clingingsmith is a Des Plaines man who has about 15 DUI convictions and a pending DUI case and was involved in a hit and run crash last weekend in Arlington Heights, Cook County on a revoked license. He had been free on a $400,000 bond on the DUI charge and the said bond was revoked at a hearing on Thursday, in Rolling Meadows branch court. Judge Steven Goebel, set bail at $1 million for charges related to the crash. According to the judge, Clingingsmith has the potential to be very dangerous as he has 15 prior DUI’s and was operating a two-ton motor vehicle.

Clingingsmith was involved in a hit and run crash and was arrested in Rolling Meadows after the crash took place early Saturday near White Oak Street and New Wilke Road in Arlington Heights. He faces up to 30 years in prison if he is convicted of the current DUI charge which is a Class X felony. He faced four previous prison sentences for DUI and other convictions according to authorities.

In the pending DUI against him, Clingingsmith was arrested by Arlington Heights police after he fled away from a hit and run crash in Des Plaines in June and crashed into another vehicle on Northwest Highway and Arlington Heights Road and was taken into custody thereafter, as per prosecutors. Clingingsmith’s next court hearing on the DUI case is April 25 in the Rolling Meadows branch court and it appears that no impaired driving defence will be helpful to him looking at all the previous convictions and pending case.